On January 22-23, 2019, the Swedish Warmblood Association and Flyinge Equestrian Centre hosted a two-day workshop on linear profiling. This was the fifth international meeting on linear profiling, an event series initiated by the Horse Commission of the European Federation of Animal Science and its Interstallion working group. This year´s focus was on the practical linear profiling of young horses and horses under rider.

More than 50 participants from 16 countries gathered for this event at Flyinge. Once more, the International Workshop on Linear Profiling in the Warmblood Horse (IWSLP) succeeded in bringing together practice and science: Judges and representatives of various European breed associations met with a few researchers active within the field. The first day was filled with practical exercises and discussions regarding what and how traits are linearly described within the different studbooks. The theoretical component provided further insights into the current routines of linear profiling and ongoing research. The first part of this report will summarize the major points of the inspiring workshop. 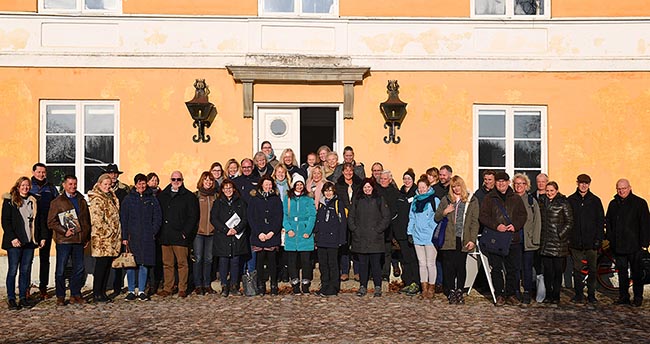 Optimizing the purpose of LP

During the practicum, experienced Swedish Warmblood judges Christina Olsson, Mikael Nolin and Jan-Ove Olsson served as guides and helped in maximizing the output of the exercises. Questions addressing particular traits showed similarities and differences between the studbooks’ views of the same traits and underlined the challenges of appropriately interpreting linear data. For example, when profiling conformation it became clear that a 'long' horse can mean different things in different countries, according to the mean or most common expression of body length.
To allow direct comparisons between currently used linear schemes, evaluation sheets had been distributed to all participants. In the discussion it became clear that the process of collecting linear data is crucial in providing details for standardized descriptions. The Oldenburg studbooks have implemented routine linear profiling with the largest number of traits, and electronic documentation is mandatory for reasonable handling of the approximately 200 traits. Accessibility of data on specific aspects of potential relevance like carriage of the tail (straight, skewed) and tail tone (untoned, overtoned) was discussed in this context.

Limp tails as a coordination indicator!

The German representatives suspect that there may be a relationship between how a horse carries its tail on the one hand and the power that comes from its hind legs and its overall coordination on the other. The prevailing view is that large horses with big movement and mobility may be more likely to exhibit limp tails or tails that are not carried straight behind. The same goes for horses with a spectacular yet sometimes unbalanced jumping technique. However, this view was contradicted by data indicating that several high-ranking jumping and dressage sires in German breeding seem to pass on some disposition for 'limp tails' to their progeny. The participants all agreed that the topic was of interest and requires more research.

Other questions from participants addressed why the Oldenburg studbooks have included several traits regarding a horse’s head, such as the size of the eye, eye color and ear length, in their linear scheme. Inge Workel, associate breeding director of the Oldenburg studbooks, made the audience laugh when commenting on the role of an aesthetically attractive appearance of a horse, although there is consensus that it has nothing to do with performance: Nice-looking horses are simply easier to sell...