Home In previous issues What if horses designed themselves? 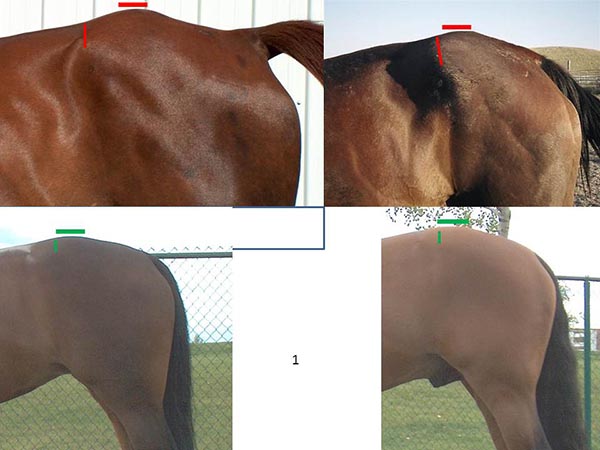 (Analysis by Judy Wardrope) If sport horses could design themselves, what elements do you think would matter most to them? Would they be concerned with being pretty, handsome or cute? Would color and markings be important? How about size? Wouldn’t it be more likely that the self-designing horse would be more concerned with the components that lead to mechanical efficiency, soundness and longevity?

This is the first in a series of articles written from the perspective of the self-designing sport horse. It contains a general introduction to various hypotheses that precede discipline specific articles for showjumpers, dressage and eventing sport horses.

But before we look into the sport horse’s likely preferences if the horse was the architect of his or her own construction, we first need to make the assumption that the horse would want to be involved with anything competitive. We might also have to make assumptions regarding the levels of competition that would appeal to those horses.

Even if we assume that the horse might not want to compete at the Olympics, it would be safe to assume that the competitive-minded horse would want to meet or exceed the level of his/her rider’s aspirations and still remain entirely within its own comfort zone.

We all likely agree that if the horse was in control of its construction, it would avoid any factors that might cause soreness. Certainly the horse would not choose a structure that led to soreness of the back. The horse would opt for the strength of coupling that comes from a lumbosacral gap (where the articulation of the spine changes just in front of the sacrum or high point of the croup) that was as close to being bisected by a line from point of hip to point of hip as possible. This placement allows for maximum transmission of power from the hindquarters with minimum risk for strain...