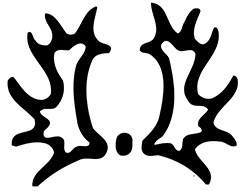 ‘The inclusion in the Register of Intangible Cultural Heritage gives expression to the special nature of the Trakehner breed,’ emphasised the breeding and business manager of Trakehner Verband, Lars Gehrmann. ‘Our history and the principles of pure breed are unique selling propositions of our breed to this day. However, we do not only maintain our tradition, but always look ahead in an innovative way. Today, our Trakehner breed not only produces modern riding horses, but is also future-oriented with numerous educational offers, active youth work and openness for new members.’ The ‘doppelte Elchschaufel‘ as a trademark of the noble Trakehner horses is known globally and famous beyond the circle of horse people.

In the multi-stage national application process, which takes place every two years, a five-member working group with the sponsoring support of Trakehner Horse Foundation worked on comprehensive answers to more than twenty questions on the history of the Trakehners through almost three centuries under different political systems, on the organisation and special features of breeding, on present-day practice, animal welfare and passing on to future generations. After each federal state has made a pre-selection and forwarded up to four applications to the Secretariat of the Conference of Ministers of Culture, the application is examined by the Expert Committee on Intangible Cultural Heritage of the German UNESCO Commission. Finally, the Conference of Ministers of Culture and the Federal Government Commissioner for Culture and the Media followed the Expert Committee’s recommendation and included the Trakehner breed in the Federal Register. In addition to the Trakehners, four other cultural forms have currently been included.

The expert committee explicitly acknowledged the commitment with which Trakehner breeding has been carried out as well as the documentation and passing on of knowledge and skills for three centuries now. Furthermore, open practice, cross-border exchange and extensive educational and information offers for members and the public convinced the committee. Being included in the Federal Register of Intangible Cultural Heritage, the ‘Trakehner Breeding’ is presented at www.unesco.de/ike with text and pictures.