The explosion of technical devices into the commercial sphere has altered many aspects of our world. At the forefront of these developments is the now widespread use of wearable technologies in the form of personal and pervasive sensing tools. These include fitness trackers, smart watches, smart phones, and smart home technologies.

Each of these platforms communicate through the connectivity of the World Wide Web. The term ‘internet of things’ was coined to describe how the number of things interacting on the internet has exceed the number of people.
The ‘horse in motion’ captured by Muybridge and Marey in the 1800s laid the foundation for much of the cross-species biomechanical analysis existing today. Van Weeren (2012) termed this period the ‘first golden age’ of equine gait research; the second golden age began following rapid development of computer technologies in the 1970s, lasting until today1. The change-over to wearable technologies has been mirrored in the equine research domain, the use of wearable and sensor technologies in equine gait research has been consistently increasing since the early 2000s; in 2013 the use of sensor technologies began to overtake previously consistently applied tools, such as force plates and two-dimensional motion analyses2. These sensing devices remove the onus of a laboratory setting, facilitating applied ‘field-based’ usage. Additionally, they promote improved objectivity of equine gait analysis, where there is resounding evidence that subjective analysis of gait abnormality and lameness is inherently unreliable3-6. This is related to the limited resolution of the human eye (15-20Hz) versus the many biomechanical devices available (50-400Hz)7. 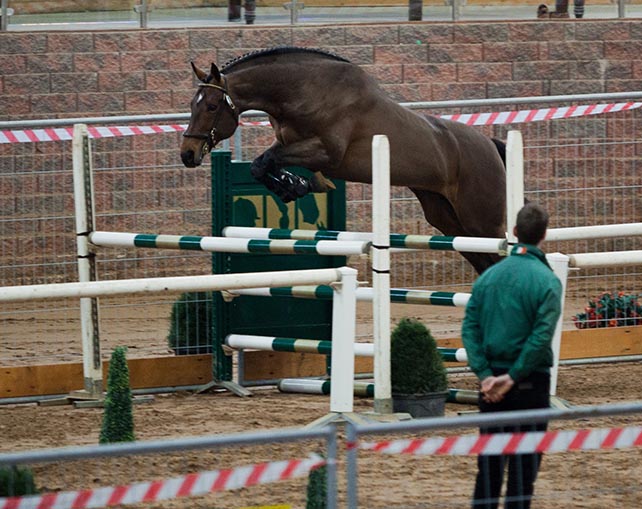 The role of objective technologies goes beyond that of gait abnormality and holds the potential to revolutionise existing methods of equine performance and training8. Pfau used wearable technology to document the shoeing cycle of working British military horses9. Best and Standing (2019) used GPS to monitor polo game intensity via spatio-temporal parameters10. The Tasmanian racing authority (tasracing) launched the StrideMASTER (GPS) in 2011 for horse racing performance analysis. The latter remains one of the only institutions in the world to collect equine performance data via wearable technology in competition. These examples demonstrate the applied value of these technologies in working and performance equines.
Ireland’s dense per capita equine population11, the economic viability of equines in Ireland and the popularity of Irish native and crossbreeds globally provides a rich context for investigation into the use of and industry based perspectives of objective technologies in the ‘real-world’ 12-14, 15.
Research completed by Egan et al (2019, 2020) sought to investigate Irish industry stakeholder existing equine movement analysis practices and their perspectives of objective technologies15,16. The authors identified several movement features, deemed significant by the interviewees, regarding equine performance and health. These features were then mapped to existing portable wearable technologies, thereby demonstrating that it is not functionality alone which has impaired the translation of these tools into daily use. Irish stakeholders highlighted that conformation and gait analyses alone are too limited and do not provide a holistic representation of the horse. Additionally, they outlined the value of tacit knowledge and experience in determining a horse’s trainability and performance potential:
Tacit knowledge is defined as the inarticulate knowledge which cannot be explicitly taught but rather acquired through direct or on-the-job experience 17. It has also been described as the knowing how rather than knowing what18. This type of knowledge is particularly relevant to equestrianism given the nature of working with nonverbal yet expressive animals. This was depicted vividly in a paper by Butler (2017) who speaks about ‘the feel for the game’, specifically in relation to the mastery of an equine racing yard. The author describes the ‘feel for the game’ as ‘an intuitive bodily awareness and attitude that occurs through familiarity and repetition, a process of both doing and observing empathetically, of reading bodily nuances, nonverbal cues, imperceptible movements, a fleeting expression on [a] face’, and indeed, in the face of a horse19. (Egan et al 2019).. To read the complete article you need to be a subscriber

Guerdat: “Breeding, blood, sport – it all plays together.”