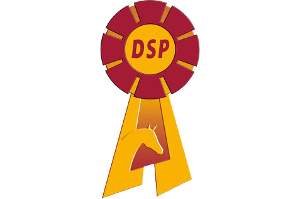 Currently, 24 youngsters from the 2019 generation will come under the hammer in the virtual auction ring at dsp.horse24.com on December 28.

First and foremost a son of Maracana out of the direct dam line of Isabell Werth's Shooting Star of the year 2021 DSP Quantaz. The strong moving For Romance I son For Glory, who has already received many bids, has a lot of type and smoothness.

Alternatively, a son of the upcoming dressage star Destacado paired with Totilas, or two sons of the rideability sire Decurio. A son of Fürst Scheurenhof was in great demand during the Stallion Days last January. His beautiful full brother is now in this collection. Not only is the name Million Dreams promising, the Millennium son shines in both type and movement quality and lets dream of a promising future. The mother of the black Prince Sandro, a son of Prince Samarant, is also successful in international dressage sport, also in the coveted dark jacket and also shines with a lot of quality of movement.

High-quality, promising youngsters also appear in the showjumnping group, including a son of the recently retired Quabri de l'Isle with a lot of wealth and rounded off with an internationally highly successful dam line. Two sons of Diarado outstandingly impressed during the free jumping series, and a son of Maloubet de Pleville is also very interesting having celebrated 1m60 success internationally with Nicolas Philippaerts and Peder Fredericsson. Mabalou's mother was also successful in showjumping.

A diverse, highly attractive collection that will be bid-up on Tuesday, December 28, 2021 from 7.30 p.m. (CET) on dsp.horse24.com. The bidding process has already started. All horses are presented in detail on the Internet with photos, videos and vet checks.

Marketing Manager Fritz Fleischmann will be happy to advise you: Tel. +49(0)151 5311 5783 (also over the holiday period) with his live impressions of the collection.