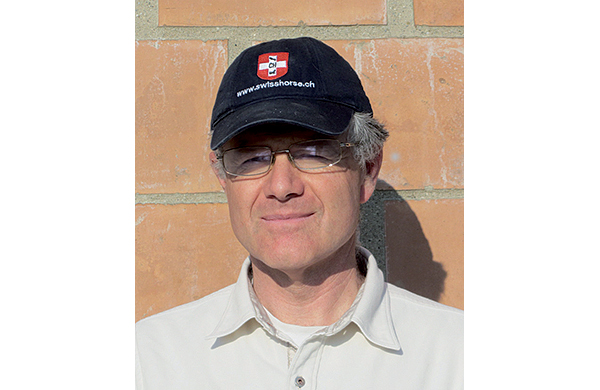 SWITZERLAND (by Oriane & Clement Grandjean) President of the Swiss breeding federation (FECH) since 2014, Michel Dahn intends to be reelected this year. The veterinarian who lives in Founex (Vaud) must continue trying to convince the Swiss breeders to choose him up until March 24, the date of the federation’s general assembly. This is a man whose unique goal is to help Swiss breeding to develop, in the knowledge that he will have to confront a great many obstacles.

Uppermost are the recent tensions that led to a separation between the two breeding federations (studbooks) in Switzerland. • In 2008, some breeders decided to quit the Fédération d’élevage du cheval de sport CH (FECH) and to found a parallel federation, named ‘Cheval Suisse’.

Why did this schism happen?

It happened before I was elected as president of the FECH and I was not involved in any way. It was the result of an accumulation of little things, disagreements that led some of our breeders to leave the federation. In fact, nobody really tried to prevent that split or changed his mind. Since that time, the comitee of the FECH has been renewed. We did our best to restore dialogue with Cheval Suisse, but it apparently wasn’t enough.

 What was the most negative consquence of this separation?

It’s clearly the financial aspect. Each year, the FECH received subsidies from the Confederation for all horses that were born in Switzerland. But this new federation, Cheval Suisse, also received money for horses registered in their studbook, even if they were born abroad. In Switzerland, there are more foreign horses than Swiss horses, so Cheval Suisse received more subsidies than our federation. But finally, the Confederation considered that this represented too much money, and decided to stop completely with these subsidies in 2014. Now, nobody receives anything to organize classes for Swiss youngsters. Both federations just receive the premiums for the birth of Swiss foals. We all suffer the consequences...