The 2022 World Cup Final was made somewhat more interesting with the entry of Equi-Ratings into the melange of jumping stats and rankings. I was introduced to Equi-Ratings by an Australian eventing selector and I was fascinated when she described just how sophisticated the analysis was, which lead to a number of national federations buying access to assist in team selection.

But as I discovered, the company's founder, Sam Watson, was a little disappointed with their World Cup jumping performance....

Q As I remember it, you started Equi-Ratings on the basis of your own involvement as an international eventing competitor, so what lead you to expand into the world of showjumping?
It’s a natural progression. When we looked at the sport of showjumping, you can see an Olympic champion, you can see some rider rankings, but it is very hard to quantify the performance. There were no measurements of how good is this horse? Or how good was that performance? We had brought those measurements into eventing and it was a natural cross-over. We are already doing showjumping in eventing, so we thought we could handle it.

Q And just what is an Elo Ranking?
Sam thought they were hampered by the geography of the event: “There was quite a spread, I guess that is the nature of a World Cup, as they qualify by region. The ratings are going to work best when you have a concentration, for example, at a Rolex Grand Prix where you have 20 of the best horses in the world it will be more open – okay Explosion was pretty dominant last year – but they all have a chance. We probably expected to be a little bit more accurate than we were.” 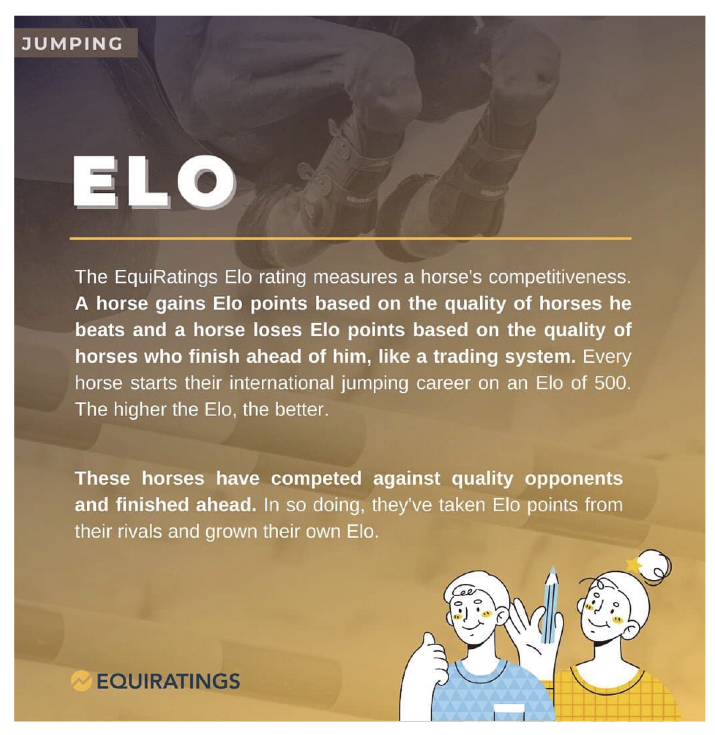 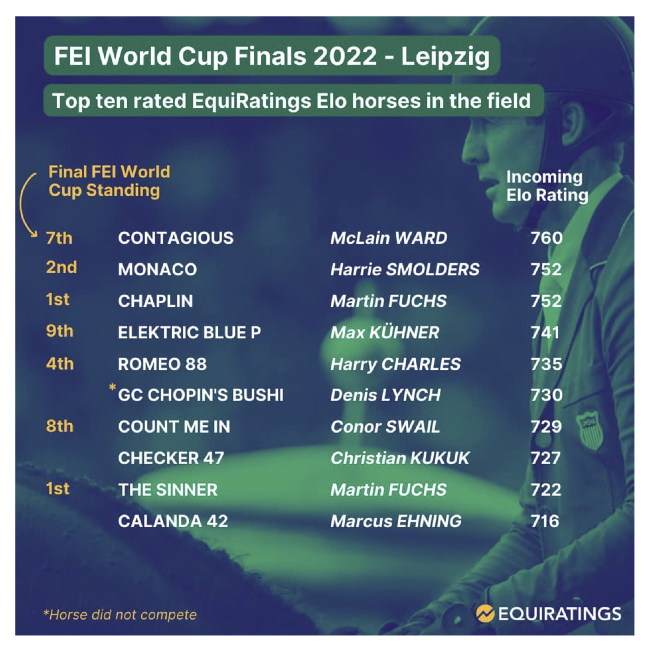 Q What factors did you take into account to get those rankings going into the final?
Our system is very much about measuring the quality of the people you are beating. So if you finish ahead in Aachen in the Grand Prix, you are going to be up there with a lot of really highly rated horses and you are going to be beating a lot of highly rated horses. So your rating is taking that information – I'm ahead of lots of very good horses – and that will give you a high rating. If you are winning at three-star somewhere quite remote, you might have a win under your belt but you haven’t beaten highly rated competitors, so your rating is not going to get so much credit. Every horse in the world that is jumping internationally at Grand Prix has a rating and that allows us to track, is this horse consistently beating good opposition? In the World Cup we had McLain Ward’s Contagious, who had quite a lot of good form, he is one of the most consistent horses, but it was in America and only a couple of those results were against high-quality fields, whereas a horse like Harrie Smolders’ Monaco, he wasn't winning much, but he was consistently punching in good performances against the best-of-the-best and that gave him a higher rating than Contagious... To read the complete article you need to be a subscriber