Recently we looked at the question of whether the star showjumpers were more likely to be out of mares that were themselves stars in the competition arena, or were non-competing mares more likely to produce the goods? We saw that even two top breeders had diametrically opposing views.... 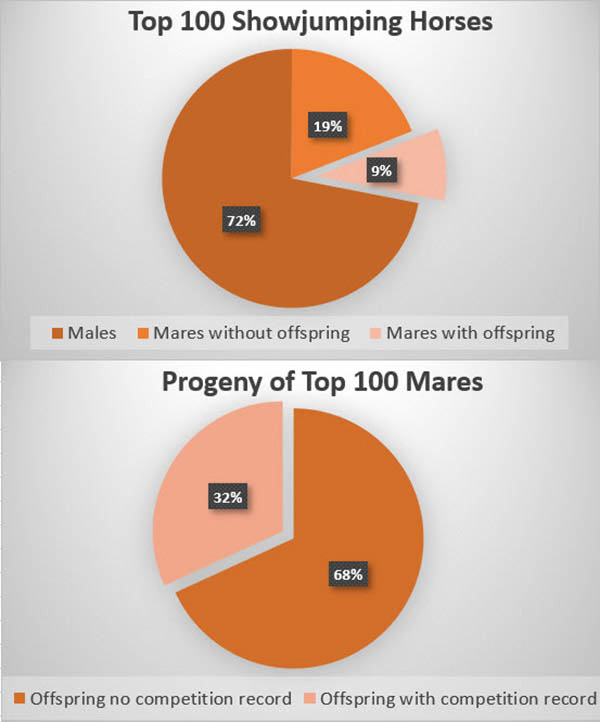 Jan Greve feels that mares can't successfully hold down two jobs, while Joris de Brabander argues that the best jumping competition mares will produce the best jumpers. In the end we found that the figures did not 'prove' one way or the other - there are great jumpers out of mares that have never competed, and there are also great jumpers out of competition stars, although it should be noted that some of the greatest competition mares never produced anything of note in their second career. There did seem to be a slight tendency of recent times for more competitors out of competitors, which may say something about the switch in Warmblood breeding over the past 30 years, a switch that sees greater emphasis placed on competition results for both sire and dam...

Back in 2008, Sporthorse Breeding Magazine compiled a list of what they saw as the top mare families.

Now I realise full well that serious commentators, such as Tom Reed of Morningside, question the methodology of this selection, pointing out that there is no control for the number of progeny and, therefore, the proportional success rate, but there can be no question that these are influential mare families. The 'best'? Well that might be a little like the search for the Holy Grail, but they will do as a starting point...