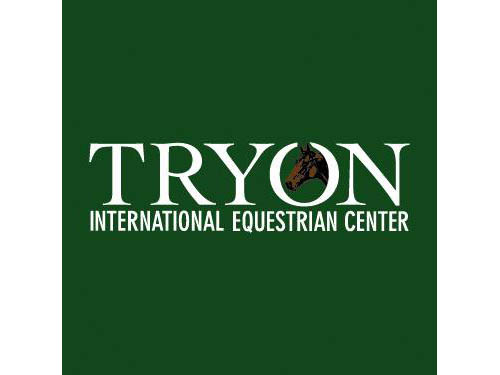 Despite the issues plaguing the venue and the inclement weather, the 2018 World Equestrian Games will undoubtedly go down in history. From being the first Games since its 1990-inception to not include jumping’s ‘final four’ rotation component, to having the first woman world champion in WEG history, Tryon 2018 was certainly one to remember.
For all the breeding buffs out there, here is a breakdown of the 2018 WEG competitors.

Jumping into the history books

The most represented studbook in the initial startlist was the BWP with 20 competitors, followed by the KWPN with 19, OS with 13 and Selle Français with 12. Holsteiner and Zangersheide come in equal fifth with seven competitors apiece.

The absolutely outstanding winner of the individual gold was Germany’s Simone Blum with her lovely 11-year-old mare DSP Alice. This wonderful mare was bred in Germany by Ralf Mews, and is owned by Simone herself. Silver went to Switzerland’s Martin Fuchs with the 12-year-old Westfalian gelding Clooney (Cornet Obolensky - Fraulein vom Moor x Ferragamo), bred in Germany by Bernd Richter. Bronze went to another Swiss representative: Steve Guerdat with the 12-year-old Swedish Warmblood mare Bianca (Balou du Rouet - Coco x Cardento), bred in Sweden by Stall Hickey AB, and is now owned by Guerdat himself and Elias Stud Farm. 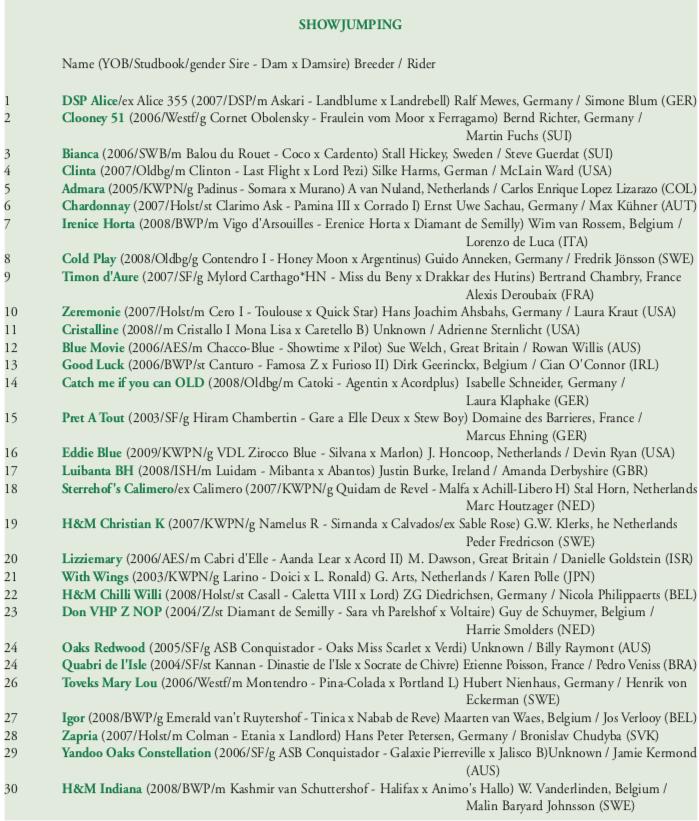 Interestingly, all the horses placed in the top ten were between 10 and 13 years of age, with five mares, four geldings and one stallion. There were two representatives each for Holsteiners and OS, plus one each for DSP, Westfalia, Swedish Warmblood, KWPN, BWP and SF.

As usual, the top 12 in the Special, the only individual contest we got to see at Tryon, was dominated by the Donnerhall, ‘d’ line with five representatives, and once again De Niro was the most influential Donnerhall son, with two of his own, and one by his son Danone 4 (Weltmeyer). At least he is described as Danone 4 on the start sheet. ‘Hippomundo’ and ‘All Breeds’ list the horse that was 10th at Tryon, Dante Weltino, as being by Danone I, while ‘Horsetelex’ has the stallion by Danone II. Danone stands at Klosterhof Medingen (as did his sire, De Niro), and he is described as the sire of Dante Weltino. Usually a name without a number indicates the first stallion, or in this case, Danone I.

The Don Schufro (Donnerhall x Pik Bube) son, Diamond Hit is out of the Ramino mare, Loretta, prima mare in the Paul Schockemöhle band. Loretta is also the dam of Sandro Hit. At a time when Sandro Hit was wildly popular and Diamond Hit somewhat ignored, Mr Schockemöhle told me that he thought Diamond Hit was the best son of the mare, time would seem to be proving him right. The ‘S’ line of Sandro Hit was represented by 11th placed, Sammy Davis Jr (San Remo x Wenckstern).
There are three representatives of the ‘F’ line: Charlotte Dujardin’s bronze medallist in the Special, Mount St John Freestyle (by the Florestan son, Fidermark, out of a Donnerhall mare), silver medallist, Verdades by another Florestan son, Florett As and the fifth placegetter, Well Done de la Roche CMF (by the Florestan grandson, Furstentraum, out of a Walt Disney mare).

The ‘B’ line had only one representative, but a fairly special one at that, gold medallist, Bella Rose by Belissimo out of a mare by the Anglo Arab, Cacir.

A few years ago, (Dutch) commentators were predicting future dressage dominance by Dutch riders and Dutch-bred horses. It has not come to pass. The Dutch style of riding increasingly looks like a one-way road to oblivion, and few Dutch-bred horses have come to the top. The best placed KWPN representative was Cosmo who can hardly be cited as a win for Dutch dressage breeding since he is solidly jumping-bred, by Van Gogh out of a Frühling mare...