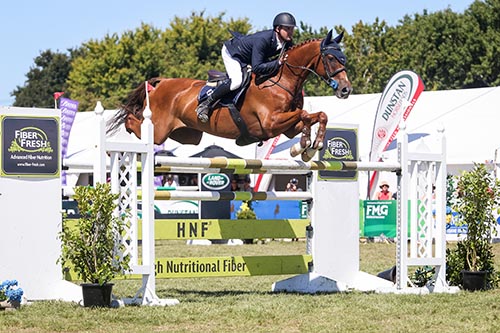 NEW ZEALAND (by Annie Studholme) The Polish-bred Carnutelabryere and British rider Helen McNaught waltzed away with New Zealand’s richest showjumping class, the two-star CSI Olympic Cup, ahead of 14 other quality combinations at the Horse of the Year show in Hastings.

McNaught, who is married to Kiwi Olympian Duncan McFarlane, and is the younger sister of Swiss Olympian Leslie McNaught- Mändli, has been based in New Zealand since July 2014. She relocated from the United States where she had beenliving since 2003, and it was the first time that an Brit has won this class.

TO VIEW THE COMPLETE ARTICLE SUBSCRIBE TO BREEDING NEWS