Home Health and vet Genomic breeding for OCD: What are the benefits? 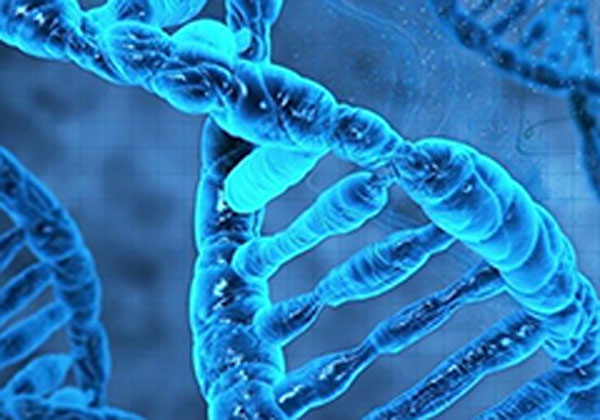 In 2016, the KWPN introduced the osteochondrosis genome breeding value, which represents the genetic predisposition of a horse relative to the current KWPN population. This value is useful both in the Netherlands and abroad. In this article, we explain the technique and its benefits.

Let's begin with a brief explanation of how the genome breeding value works. First, a horse's hereditary traits are recorded in its DNA, a type of blueprint for controlling all processes in the body. The horse's body, like our own, consists of billions of cells; and each cell contains DNA: a molecule with codes that are unique for every person and animal. DNA is the main carrier of hereditary material and ultimately determines the color of a person’s eyes or type of hair. For horses, DNA determines coat color and athletic ability, for example.
DNA is the spiral-shaped strand consisting of genes and the total package of genes – in other words, all DNA collectively. It is also called the horse's ‘genome’. Genomic selection means that we consider the composition of the genome when selecting a horse. Through this process, we can identify the hereditary material present in a better or lesser variant for certain characteristics (performance, health and conformation). For example, genomic selection for osteochondrosis maps how likely a horse is to pass on this disorder to its offspring. The likelihood of doing so is expressed in a genomic breeding value in which all information about the DNA of the horse and its relatives is assembled and compared with the average DNA composition of the KWPN population.

The genomic breeding value for osteochondrosis indicates the genetic predisposition of a horse relative to the current KWPN population. The average of this KWPN population is set at 100, although individual horses in the population may score higher or lower than 100. Furthermore, those with a genomic breeding value between 96 and 104 do not truly deviate from the average. If, however, a horse has a value of 105 or higher, it is less likely to pass on osteochondrosis to its offspring. Conversely, if a horse scores 95 points or less, the chance is greater that it will pass on osteochondrosis to its offspring. With respect to these values, the KWPN developed the D-OC predicate to distinguish mares and stallions which score average or better relative to passing on osteochondrosis. This predicate is awarded to horses with a score of 96 or higher... To read the complete article you need to be a subscriber