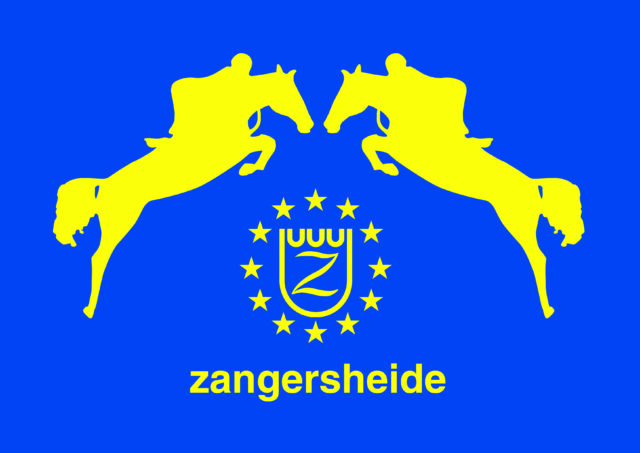 On Tuesday evening this week the Zangersheide.Auction kick-started their auction season, and what a magnificent way to start, with new and returning clients from every corner of the world eagerly turning in for the sensational lineup of young horses offered for sale. And while new registrations kept arriving during the entire evening, several long and intense bidding duels were going on to the very end.

The highlight of the night was the three-year-old approved stallion Dwisty Boy du Reveil Z, a son of Dominator 2000 Z, who after a long-lasting bidding war was sold to a Swiss investor for a top price of €200,000. He was quickly followed by the second most expensive horse of the evening, Ogan BD, by Ogano Sitte, who sold to a new Norwegian client for €58,000.

American customers were once again investing in future talents, and for €50,000 the spectacular piebald son of Taloubet Z, Tarzan vd Cumul Z can book his flights to the US together with Bonton de Hus Z, who sold for €39,000 to the same buyer, while Cameron de Will Z, by Casall, moves to Canada for €45,001.

Mexicans were also in a buying mood, especially for the offspring of Aganix Du Seigneur Z. All About Aganix Z moves to Mexico for €40,000, while another investor snatched another five-year-old son by the same sire, spending €49,000 to acquire Amedee van’t Heike Z, as well as Levisto-Flamingo Z, sired by Levisto Z, for €40,000.

Zangersheide auction horses will, therefore, once again find themselves travelling around the world to new homes in the USA, Canada, Switzerland, Mexico, Georgia, Brazil, France, Germany, Poland, Belgium, and Norway.

Stoeterij Zangersheide wishes to thank all its loyal and new buyers, and bidders, for the unconditional confidence that time after time is expressed in their auction horses.

Next up is the highly awaited Zangersheide Live and Online foal auctions, with the first auction taking place online from June 4-7.

For more info on upcoming auction and selection days: www.zangersheide.auction