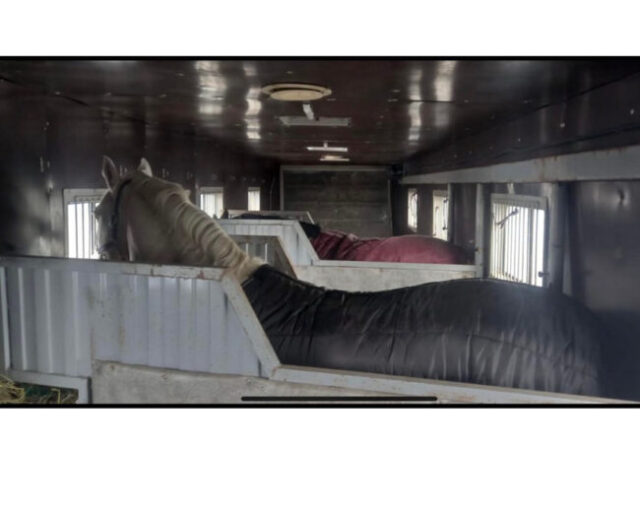 Two of the best-known stallions in the sport horse breeding world – Cornet Obolensky and Comme Il Faut NRW – were standing at the Zhashkov Stud, in Czerkasy county, around 100 kms south from Kyiv, but it's been confirmed that they safely crossed the Ukrainian border at Korczowa-Krakowiec into Poland just a few hours ago. Currently, this is the only Polish border that is allowing equines into the country. The stallions are now heading to the stables of Hubert Vornholt in Münster, although there is some doubt as to whether all their health documentation is completely in order, and they may have to first go into quarantine.
Other horses are apparently on route, some having been on the road for two days, and heading to the same border crossing, where they are being met by veterinarians. Polish officials associated with two of the country's leading studbooks are currently trying to simplify border crossing protocols in order to facilitate and speed the entry requirements.It has also been reported that one breeder, fearful about trying to leave the country with her horses following serious bombings of roads in her region, simply let her horses go free in the hope of one day being reunited.
In the meantime, a number of Polish breeders and farms close to the Ukrainian border are offering safe havens to both human and equine refugees.Photo of Cornet Obolensky and Comme Il Faut taken by transporter Martin Peters.