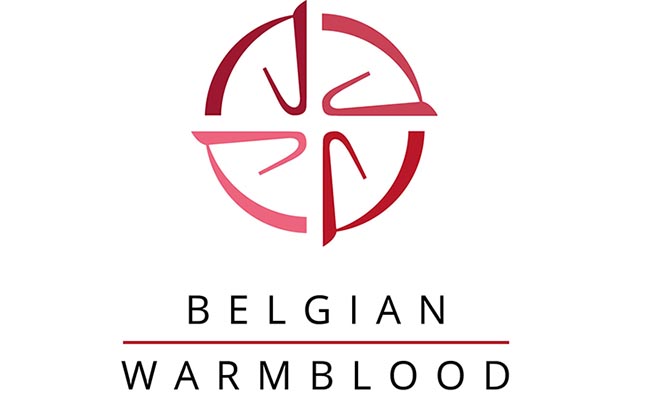 In total, 120 three-year-old stallions were inscribed for the second phase of the BWP stallion approval. Out of this group the jury selected 55 candidates to participate at the third phase that will take place March 14-16, at Zilveren Spoor in Moorsele. In this third phase we will also see stallions older than three years, more specifically 19 BWP-registered showjumping stallions, one BWP registered dressage stallion, plus nine showjumping and six dressage stallions that are non-BWP registered.

During the second phase we enjoyed great quality and, as a result, several stallions were sold, not only during the BWP Top Stallion Auction, but also before and after the approval. Coincidentally, the auction also recorded a new record price.
In comparison to the 2018 edition, there are some changes in 2019, such as more inscribed candidates (155 in 2019, 139 in 2018), the four-year-old stallions will be presented during the third phase (2018, during the second phase), and they are obliged to participate in two heats of the stallion showjumping competition. Additionally, the 2017 BWP Young Breeder Award  winner, Tim Van Tricht , has started as a trainee with the BWP stallion selection committee (he will replace Herman Bode), and only those stallions that were selected to participate in the third day of the second phase were permitted to be sold at the live BWP Top Stallion Auction (in 2018: the second day of the second phase) as well as the online auction. Finally, further changes include two new auction advisors, Sven Bols and Tom van de Vijver, and the third phase will take place in Moorsele, instead of Meerdonk.
For the third phase, the jury selected eight dressage stallions – including two sons of Heros Begijnhoeve (Vivaldi - Menja x Havidoff) – and 47 showjumping stallions. When we analyze the sires of the latter group, we see that four of the five inscribed sons of Windows van het Costersveld/aka Cornet Obolensky, are selected. Casall and Comme Il Faut (Windows van het Costersveld) each have three selected sons  (out of a total of four presented candidates); Cicero van Paemel Z three out of five; the Diamant de Semilly sons Dominator 2000 Z and Elvis ter Putte two out of three apiece; Kannan and Mosito van het Hellehof (Elvis ter Putte) two out of four; and Quint van het Maarlo Z two out of two. With regard to the dam lines of the selected stallions, we can say that nine stallions belong to a BWP performance line, with three being part of the very popular and strong BWP line 34.
From speaking to several Dutch stallion keepers at the selection show, names such as Henk Nijhof Senior and Egbert Schep were searching showjumping quality, and confirmed that there was plentiful choice. According to Nijhof; “At the beginning of the second day I noticed that the showjumping qualities and the conformation of the candidates were rather common instead of superior, but then the quality improved. We saw many top horses with top showjumping qualities, and extremely well bred. I think I’m going to sell some stallions as I’m already the owner of a son by Mr. Blue whom I own together with Kees van den Oetelaar, and there are more stallions that I want to buy.” Later, we heard that Nijhof and Kees van den Oetelaar became co-owners of Q’Chacco Blue van Essene (Chacco Blue - Folie van Essene x Nonstop, bred by Carlos de Cock). This stallion jumped very consistently, with quick forelegs and an outstanding hindleg technique.

Nijhof wasn’t the only one convinced by the quality of the showjumpers. Egbert Schep, one of the four members of the KWPN board of directors, said: “In Belgium one really can breed showjumpers. I already have more than 10 favourite stallions on my list. Right from the beginning, the Belgian breeders started rapidly to focus on performance.” This certainly seems to be a wise decision and a good policy...CLICK HERE TO SUBSCRIBE TO BREEDING NEWS