Home In previous issues A total of 69, approved Selle Français stallions in 2021 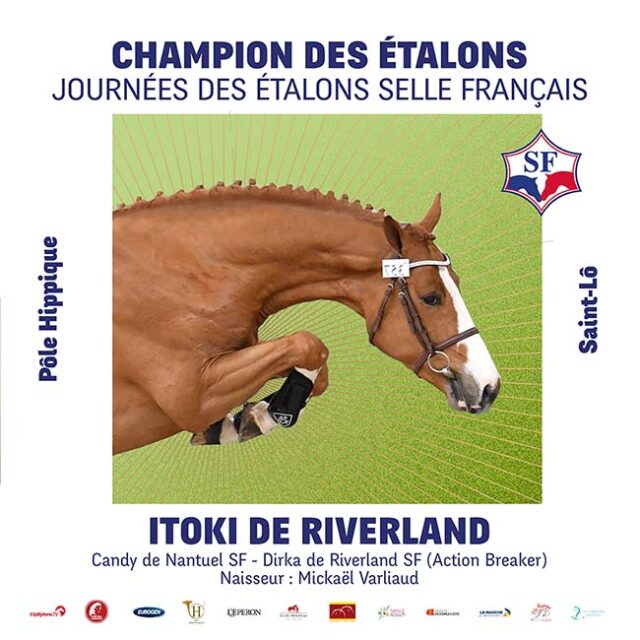 Having changed the dates for its stallion approvals several times, Stud-book Selle Français seems to have found a formula that will last. In 2020, the studbook organized two- and three-year-old qualifiers in the autumn, with the older age-group coming forward in December at the end of the test period, while the youngsters competed in their own championship in February.
This year, the stallion qualifiers were all concentrated in November for both age groups. The three-year-olds then had a week of testing under the eye of the Selle Français judges and renowned riders (Thomas Carlile, Nicolas Delmotte, Alexis Deroubaix, Marc Dilasser, Olivier Guillon, Pénélope Leprévost, Nicolas Touzaint...) before the final jumping test on December 14. The next day, the two-year-old horses were judged in free jumping, model, and paces.
For Bérengère Lacroix, director of the Stud-book Selle Français, this new formula will be continued: “We are very satisfied with the attendance during these two days. I think it shows that we are going in rather a good direction in our change of calendar. We started this change three years ago and just needed time to get it right. Considering the attendance and the public of connoisseurs and professionals present during these two days, we may have found the right formula to create an event, even if it is not part of another event as it was previously. We are in the middle of the week, in competition with no one, and the objective is to perpetuate this formula over time, by concentrating the qualifiers over one month with the test and the final in December. With the first stallion shows in February, it also gives the horses time to be ready to present themselves at their best and the stallion owners time to communicate about their stallions, so I think we found the right timing.”

Itoki de Riverland does the double

Sixty-seven three-year-old horses were gathered for a week of testing before being presented to the public in the riding arena of the Pôle Hippique de Saint-Lô. Some were already approved in February, while others had qualified this fall. The judges approved 30 new stallions from the qualifiers and confirmed the approval of 19 horses already approved in February. Of these, 26 were rated ‘very promising’, while 19 were rated ‘hopeful... To read the complete article you need to be a subscriber