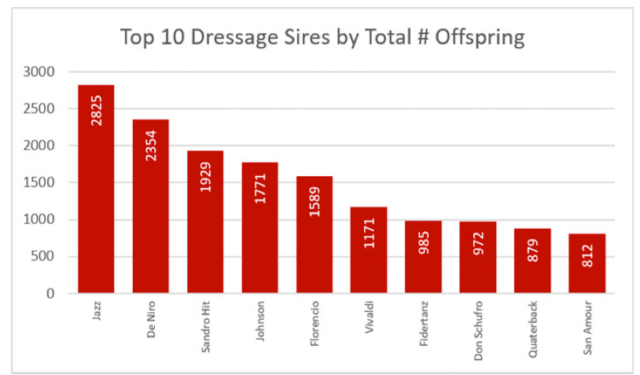 Once again, the WBFSH rankings are with us, and they are a triumph for the KWPN with Dutch breeders taking out the studbook rankings in all three disciplines... But 2020 is a year to remember for the wrong reasons in terms of the competition circuit, which was effectively reduced to around six months of results, give or take a week or two.

The dressage rankings are headed up by two of Holland's finest, in number one, Johnson (out of a Flemmingh mare) swaps places with his sire, Jazz (Cocktail x Ulster), who slips to number two. Sandro Hit (Sandro Song x Ramino) holds on to third for the second year running, while Quaterback (Quaterman x Brandenburger) moves from fifth to fourth. There are only two newcomers in the top 10, Florencio (Florestan x Weltmeyer) moves from 11th to fifth, while San Amour (Sandro Hit x Plaisir d'Amour) moves from 16th last year to ninth. Vivaldi (Krack C x Jazz) is steadily working his way up the ladder, ninth last year, sixth this time. Fidertanz (Fidermark x Ravallo) marks time in seventh, Don Schufro (Donnerhall x Pik Bube I) moves from 10th to eighth, and the great De Niro (Donnerhall x Akzent II) slips from fourth to 10th.
Right now it seems that the stranglehold Donnerhall held on dressage breeding is slipping away, since De Niro died in 2017, and Don Schufro earlier this year. The other ‘D’ stallions on the list are in the twilight of their careers. Don Frederico in 11th was born in 1997, and is tainted with a WFFS positive, Diamond Hit, 12th, another born in 1997, while the 16th placed Donnerhall grandson, Dimaggio (Don Primero x World Cup I) was born in 1995. The great hope of the 'Ds', Desperados (Wolkenstein II) in 21st, was born in 2001 but died way before his time earlier this year. 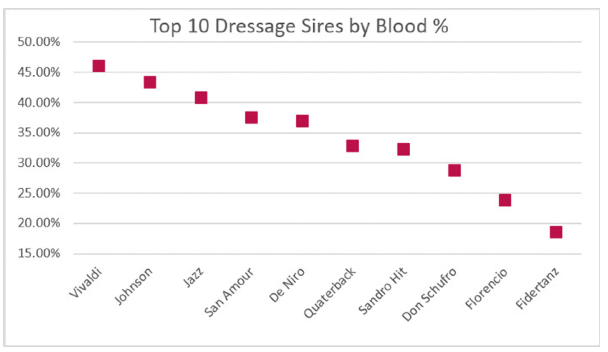 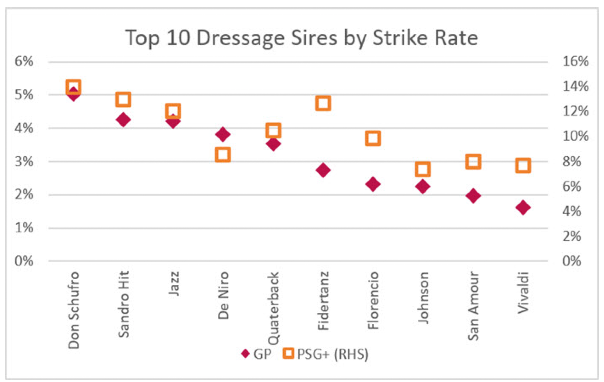 The list also demonstrates how crucial the role of the rider can be, and Jazz is a great example of this. Had the young Jazz not been entrusted to the gifted and tactful rider ,Johan Hamminga, in his performance test in 1994, he might have disappeared entirely: “I rode Jazz in the performance test for the first three weeks.” Hamminga told me, “He was afraid, tense, not relaxed. For the first two weeks I rode him in a very small arena, starting just five metres by ten metres, and each day we made the arena a little bigger. Then he started to trust the rider. That is very important with a horse, when a horse trusts you,he relaxes, and then you can get something from him. With Jazz at first, he didn’t trust anyone, and we had to make a good relationship. After 14 days he felt better, and I gave him to one of my riders... To read the complete article you need to be a subscriber