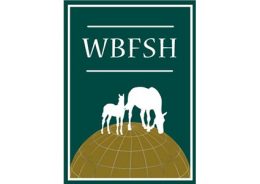 The WBFSH-Rolex year-end world ranking lists (October 1, 2015 to September 30, 2016) for horses/breeders and studbooks have been published. In showjumping, the winning horse was Chesall Zimequest, an 11-year-old gelding by Casall, who claimed top honours for his breeder, Günter Schüder from Bahrenfleth in Germany. Chesall Zimequest was, likewise, the highest Holsteiner points earner, contributing to his studbook once again heading the showjumping leaderboard (7,955 pts). They were closely followed by Studbook Zangersheide (7,745), with Belgian Warmblood finishing third (7,573). In dressage, Desperados FRH (De Niro) eclipsed past winner Valegro (Negro), who dropped to 40th inspite of his Olympic success. Desperados was bred by Herbert Schütt, also from Germany. Once again, studbook scoring was close at the top, with the Hanoverian Verband claiming supremacy over KWPN, 14,083 points to 13,945. Eventing saw a remarkable finish to the year end, with the New Zealand-bred Balmoral Sensation (Senator VDL) finishing first. However, as the 12-year-old gelding does not represent a member studbook of the WBFSH, it is likely that the award will be presented to the second-place horse and breeder, Mighty Nice (Ard Ohio), a 12-year-old Irish Sport Horse gelding bred by William Kells. It must be assumed that this will be a huge disappointment for New Zealand’s sport horse breeding industry, as well as Balmoral Sensation’s breeder, David Goodin. Irish Sport Horse once again headed the eventing rankings (1,408 points), holding off a determined start to the season by Hanoverians (1,248), Holsteiners (1,173) and Selle Français (1,112).

The year-end award ceremony will take place in December during the CHI Geneva and at the same time as the 2016 WBFSH General Assembly. www.wbfsh.org