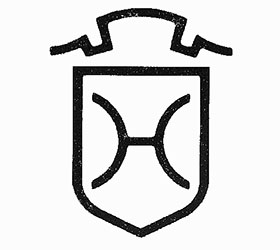 The Contender son Conteur (bred by Klaus-Jürgen Gosch) has died at the age of 21. His dam, Ofarim (Rasputin - Holle x Tin Rod xx, Stamm 104A, bred by Helmut Seelbach) is the grandmother of stallions Contendro I and II (Contender), Caretano (Caretino) and Cassito (Cassiano).

A total of 25 Conteur offspring have achieved success in advanced level dressage, while 28 have been placed in 1m40 or higher jumping classes. This underlines the breeding significance of Conteur, who was very versatile as a breeding stallion, as he also has 14 approved sons.

Klaus Plönzke purchased Conteur at the Holsteiner stallion approvals in 2000, when he was awarded 'premium' status. He completed his stallion performance test as the dressage winner with an index of close to 150 although, overall, he became reserve champion. In the years that followed he was leased to the Lower Saxony state stud Celle. At the age of four, Eckhard Wrede rode him to fourth place in the Bundeschampionat, but in advance dressage he was ridden by Anja Plönzke, the stud farm owner's daughter. This pair won the Prix St. Georges in Mannheim in 2006. (Adriana van Tilburg)