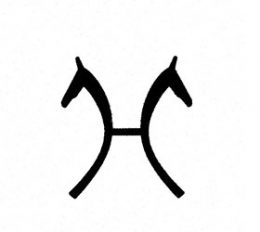 The hugely talented three-year-old premium-licensed Hanoverian stallion Dante's Jr (Dante Weltino x Sir Donnerhall I x Wolkentanz I), owned by Paul Schockemöhle has passed away. Approved by Oldenburg and Hannover, it has been announced that the stallion did not survive a colic attack. At his 14-day Hanoverian stallion licensing, Dante's Jr demonstrated exceptionally well balanced and regular movements in his walk and canter to be awarded premium status. He also presented with a highly modern conformation and charisma that pre-destined him for the dressage arena. Dante's Jr was sired by Dante Weltino, a highly popular and successful sire who won many Grand Prix classes and was a European bronze medallist with the Swedish team in 2016 under the saddle of Terese Nilshagen. Sadly, Dante Jr was also descended from Oldenburg dam line 269-Kronetta that had been bred over many generations in East Frisia and produced many top-level dressage and showjumping horses.